Below in high-quality (click here if you have a slower connection)  is a selection of my favorite Christmas light displays synchronized to music, by the amazing Richard Holdman. Be sure to click the icon to the left of the word “vimeo” on each video to view it in high-quality full screen mode—it looks like this: 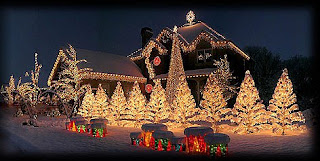 
After the 2007 season, the gated community where Richard lives, by a vote of 13-11, decided to close the gates during Christmas to prevent the traffic that comes with the display. A number of people volunteered to host the display, and for 2008 the new location is 12 Denali Drive, Lindon, Utah, which is his parent’s house. It went up Dec 1 with one song to start. Video should be up by mid-December. They wrapped 20+ trees—some over 20 feet tall!

Richard provides answers to common questions about the display , has a video showing what he did, and and even some very helpful do-it-yourself videos. Below are some of my favorites from 2007, and the last video is from 2006, “Jingle Bells Techno”:


Carol of the Bells
Amazing Grace
Miracle on 34th Street
Walking in a Winter Wonderland
Click here for ALL the videos from the 2007 display
2008 Video #1
3 comments:

How can you get a better job, better friends and a better life? One word: Twitter

If you were to meet people who appreciate who you are, what you do and what you love, and can help you do more of it and get paid for it, would that be a bad thing? 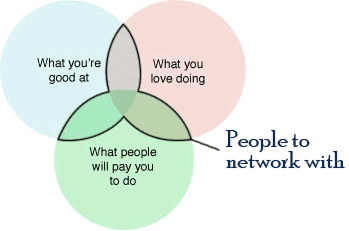 BEGIN: Find people in two or more of these 5 categories:

One of my favorite actors, Kevin Spacey, on Inside the Actor's Studio

One of the things I love about him is that he doesn't watch dailies, and he chooses roles based on the story, irrespective of money, who else is involved, etc. He's an actor’s actor. He trusts what he is experiencing when he plays a role more than the words in the script and relies a lot on instinct and spontaneity.

Spacey has said in not watching dailies he has to trust the director, and that he has very rarely been let down.

Kevin is also a fabulous impersonator! If you just want to skip to the part where he shows what an incredible impersonator he is…skip to 1:30 in part 2 below. (He also does a great Christopher Walken & Walter Matthau in “Star Wars auditions”) Here is just a small sample of awards he has won:

Email ThisBlogThis!Share to TwitterShare to FacebookShare to Pinterest
Labels: Pics and Video

Tell someone the best thing you can about them today!

Starring TJ Thyne & Vicki Davis.
Writer/Director/Composer - Kurt Kuenne
“Ever since happiness heard your name, it has been running through the streets trying to find you.” - Hafiz

If you haven't seen this video, watch it at least until the people start dancing with Matt. Or until the traditional dancers in India. Or heck, all the way through. Sure to bring a smile to your face!

And one more video that makes me smile, from zeFrank:

November 12, 2008—Twitter had it's one BILLIONTH tweet today, and TwitPic had it's one Millionth pic. The odds of both of these happening on the same day have to be astronomical!

You know you are too popular on Twitter when… 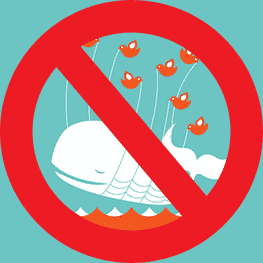 Top 10 perks of the Obama presidency

Top 10 perks of the Obama presidency… 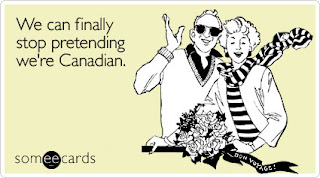 It's that time of year again, and wouldn't you like to give some great music to family and friends? Or just somehow find a way to get them interested in classical music? But alas, some of them claim NOT to be interested in classical music. Despair not! Here are five CDs (1-5) and four articles (6-9) of which at least one is sure to bridge the gap! 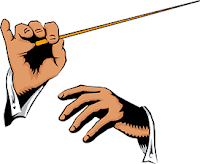 1. The Most Popular Classical TV Themes in the Universe (CD)

Ever wonder which television program or commercial made which piece of music popular? Did you know that the Disney Cruises commercial used Monty Python's Flying Circus Theme, which is Aquarium from Carnival of the Animals? Or that Looney Toons used the Flying Dutchman Overture? They might also be interested to read Are you already listening to classical music, but didn't know it?

2. The Most Uplifting Classics in the Universe (CD)

If you need a mood uplift, this is one you'll want to have on hand. Includes works by Mozart, Mendelssohn, Holst, Bruckner, Beethoven, Bach, and Vivaldi.

Get your heart pumping with the first CD, with works by Holst, Verdi, Barber, Stravinsky, and Orff.

But what if you're looking for more of a romantic, passionate sound? That's what you'll find on the second CD of this two-CD set.

If you're buying (or already own) the first three albums, you'll appreciate knowing that the Greatest Hits CD does not duplicate any of the music on albums 1-3 recommended above.

These are additional, important pieces from classical music's key periods: baroque, classical, romantic, and 20th century. Familiar works like the "Blue Danube Waltz" and Mozart's "Eine kleine Nachtmusik" will capture the attention of any newcomer.

Tried everything without success? Try this. Includes fantastic recordings of Dvorak's 9th Symphony second movement and Gershwin's Rhapsody in Blue, and makes an excellent addition to most collections.

6. For people who want to learn, but don't know where to start. This is a crash course in the greatest composers and greatest music that can be followed in  a few minutes here and there from your computer. They may also like this guide to terminology and recommended books for those new to classical music.

7. For people who don't realize they are already listening to classical music.Everyone should check this out! Guaranteed to teach you fascinating things you didn't know. This collection of links and information covers how a lot of popular songs have been based on classical music, where many of the great classics appear in which movies, and which pieces of classical music have had the greatest impact on contemporary culture.

8. For people who really like certain instruments more than others, check out the Instruments of Classical Music Series: each CD is a classical music collection focusing on a single instrument: Harpsichord; Flute; Oboe; Trumpet; Horn; Violin; Cello; Piano; Organ; Guitar and Lute (okay, that last one is two instruments).

9. Still not working? Lighten up! Here's a collection of humorous quotes from Eugene Ormandy, the Yogi Berra of the Orchestra, such as:
To keep abreast of news and interesting links on Classical Music, visit or subscribe to @Classical_Music on Twitter. Want an RSS feed of just Classical Music posts? Here you go!
3 comments:

If you're trying to find people by topic, Twellow.com is a great place to start. (Results are sorted by whoever has the most followers first.) And TwinInfluence.com claims to measure the combined influence of twitterers and their followers, as does Twitterank.com. But if you're looking for more of a “Who's who,” TwitterGrader.com seems to be a good place to start.

One of the nice things on TwitterGrader.com is their suggestions of who to follow. Just enter your own twitter ID in to get graded, and a list of suggestions is automatically generated. Refresh the page for more suggestions.