Okay, Okay! George Clooney And I Are Just Good Friends. 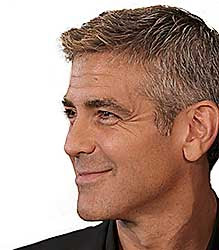 No really, so many people have visited my blog looking to learn more about Sarah Larson, who left a $200,000-a-year job to be with Clooney after earlier winning an episode of the reality show Fear Factor (US version), that I have to tell the truth.

Yes, my name is Sarah Larson, but no, not THAT Sarah Larson. For one thing, I'm funnier, and a better dancer. And my husband is better looking than George. Just thought I'd set the record straight! For more about that other Sarah Larson, try reading this story.

Email ThisBlogThis!Share to TwitterShare to FacebookShare to Pinterest
Labels: Blogging

My good friend and great bellydancer Tina Nagy was recently on Conan with the Great Throwdini. She took private makeup training from me some years ago and said what I taught her worked great for Conan--their makeup person said she was good to go!

Tina also recently recorded a segment for Univision, and has been on America's Got Talent with Jerry Springer:


Tina has also started a blog called Empowered Vulnerability. Update: Tina was just mentioned in the March 17 issue of the New Yorker Magazine in an article about magic called "The Real Work."

Trying Out New Material as a Stand-Up Comic 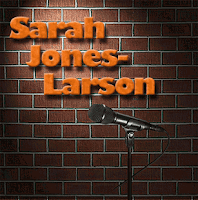 Last night I made my debut on Hennepin Avenue doing standup comedy with Lisa Lampanelli! (Okay, maybe she was at the Minneapolis State Theater and I was ten blocks away at the JDC Theater, but you get the idea.)

I was one of the dancers in Cassandra's Cabaret, a show Cassandra does several times a year, drawing different guest performers each time from the pool of club and restaurant dancers in town. The audience sits at small tables and drinks champagne and eats fruit, cheese, sweets, etc.

Cassandra and all three guests each do a 15-minute Oriental Dance Solo. After an intermission, each guest also does a shorter piece of completely of their choosing. Most dancers do a second dance; in a Cabaret years ago my second piece was a Zambra Mora.

This time I decided to FINALLY do my stand-up comedy in the show! Is there a comic you think I sound like? Let me know please!
24 comments:

To keep abreast of news and interesting links on Classical Music, visit or subscribe to @Classical_Music on Twitter. Want an RSS feed of just Classical Music posts? Here you go!
2 comments:

We Are God's Representatives on Earth

"Proof" from someone who thought so ...
This was posted on the website of one of the radio stations I work at. I did a little research, and found that this is a true story of the Scrivener family in San Antonio from mid-August of 2006. 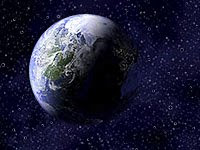 Their dog died, their little girl sent a letter to God about it, and she got a (completely unexpected)! response from God. If you haven't already heard this heartwarming story, here are the details:

This is one of the kindest things I've ever experienced. I have no way to know who sent it, but there is a kind soul working in the dead letter office of the US postal service. Our 14 year old dog, Abbey, died last month. The day after she died, my four-year-old daughter Meredith was crying and talking about how much she missed Abbey. She asked if we could write a letter to God so that when Abbey got to heaven, God would recognize her. I told her that I thought we could, so she dictated these words: 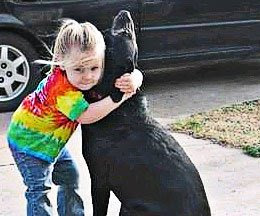 Will you please take care of my dog? She died yesterday and is with you in heaven. I miss her very much. I am happy that you let me have her as my dog even though she got sick. I hope you will play with her. She likes to play with balls and to swim. I am sending a picture of her so when you see her you will know that she is my dog. I really miss her.
Love, Meredith

We put the letter in an envelope with a picture of Abbey and Meredith and addressed it to God in Heaven. We put our return address on it. Then Meredith pasted several stamps on the front of the envelope because she said it would take lots of stamps to get the letter all the way to Heaven. That afternoon she dropped it into the letter box at the post office. A few days later, she asked if God had gotten the letter yet. I told her that I thought He had.

Yesterday, there was a package wrapped in gold paper on our front porch addressed 'To Meredith' in an unfamiliar hand. Meredith opened it. Inside was a book by Mr. Rogers called 'When a Pet Dies.' Taped to the inside front cover was the letter we had written to God in its opened envelope. On the opposite page was the picture of Abbey & Meredith and this note:

Abbey arrived safely in Heaven. Having the picture was a big help. I recognized Abbey right away. Abbey isn't sick anymore. Her spirit is here with me just like it stays in your heart. Abbey loved being your dog. Since we don't need our bodies in Heaven, I don't have any pockets to keep your picture in, so I am sending it back to you in this little book for you to keep and have something to remember Abbey by. 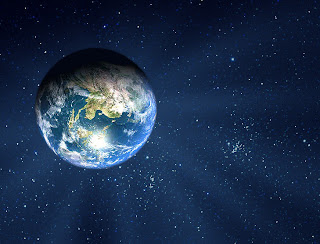 Thank you for the beautiful letter and thank your mother for helping you write it and sending it to me. What a wonderful mother you have. I picked her especially for you. I send my blessings every day, and remember that I love you very much. By the way, I am wherever there is love.

Email ThisBlogThis!Share to TwitterShare to FacebookShare to Pinterest
Labels: Inspiring

A Call For Help In The Middle Of The Night

Our phone rang at 5:30am a couple of weeks ago. Dave and I both jumped out of bed, but it went to voicemail before we could get to the phone. (Name changed for privacy. )

I played the message back. A very distraught voice said, "Hi Sarah. This is Jeannine. I thought you might like to know, ____'s in jail. He beat the sh-- out of me. I don't even know if you would want to know, or if you care, but that's what's going on. [unintelligible.]"

Well, I was wide awake then. I do know a couple of Jeannines, but both would have given more identifiable info about themselves, so obviously, it was a wrong number. But she called me, and my name is Sarah.

Until I heard the message, I thought I might be getting called in to work--a bit late, actually: I am the swing person for KOOL-108 radio --or "go-to-gal"--which means I do a weekend on-air shift there and fill in for any and all announcers when they're sick or on vacation (as "Salina Jones.") I also fill in on all seven of Clear Channel's Minneapolis-St. Paul radio stations when a traffic reporter is out.

I didn't want to violate her privacy or cause embarrassment. But I said to Dave, "I have to call her back. She thinks she's reached someone who loves her and when they don't call her back it'll be terrible!"

She answered right away. "Hi, Jeannine, my name is Sarah and you just called me, but I don't think we know each other..."

She was a little embarrassed, and told me her nose was broken. I asked her if she was going to the hospital.

She said she had no car, no money, and no insurance and was therefore pretty stuck in her Wisconsin town (about an hour from where I live in Minnesota.) I said I had no money or health insurance either but I did have a car. I could research on the Internet where to get low-or-no-cost hospital care. She said she knew HCMC (Hennepin County Medical Center) in downtown Minneapolis would take domestic assault victims with no money or insurance, but she couldn't get there. I said, "I'll come get you. I'll take you there and bring you back home."

She started to cry again, and very sweetly and sincerely thanked me. Then she said she needed to sleep first.

Dave, in his usual lightning-fast way, had already found a site telling you how to care for your broken nose at home, and I told her that. "Pack your nose with gauze," I read to her "--but I'm sure you could use toilet paper if you don't have enough gauze--" "And keep your head elevated while you sleep. Lots of pillows."

She thanked us both, and said she just had to go to bed. I asked her to call me back when she woke up, and I'd come take her to HCMC. I gave her our phone number because she had only reached us by misdialing before.

She called about 4 hours later. This time, I understood less than half of what she said. I assume her nose was much more swollen now, and she was crying more. I did get that the Sarah she'd tried to reach was the ex-wife of the man who'd assaulted her. I asked for her address. It was in a different town than she'd said earlier--on this side of the Minnesota/Wisconsin border. (Perhaps she'd arranged to stay with someone else for the time being.)

I told her I'd get ready and leave as soon as possible. I thought I'd be there in an hour and 20 minutes, tops, but she broke in and repeated what I hadn't heard before, that she had someone coming to get her. They would take her to the hospital.

I said that was great, and thanked her for letting me know. She profusely thanked both Dave and me for being kind and sweet. I told her that we wanted to live in a world where people help each other. She said she did, too.

I wondered if that would be the end of my contact with Jeannine. One week later, I went to bed early because I was filling in on KOOL-108 the next morning. The phone woke me up at 10, but I let it go to voicemail. I listened to the message the next day, and it was Jeannine calling again to thank us and to say she was doing better. That's so great!

I almost didn't blog about this because there could be some perceived little element of Oh! La-dee-dah! but I did because I truly believe it's important to respond appropriately to other people. If anyone I cared about were in that situation I'd hope kind people would help, however they could.