New job: Another voice of love

My husband Dave keeps calling me the "voice of love," so I guess I better update everyone on my new radio gig at Love-105! 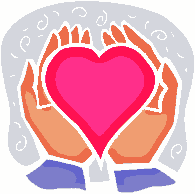 It's nice to be full-time doing radio work again. I'll miss my great friends at Clear Channel, but I already love the people here, some of the nicest I've ever worked with (and some of whom I've also worked with before in other positions). 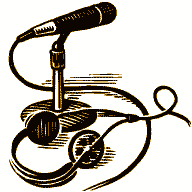 I'm doing a greater variety of work in this position than I've done in a long time, and learning some new things as well. I'm responsible for two of the stations here, to varying degrees. I'm really enjoying it! The other two stations here are KQRS and KXXR. (Update: Yay! I'm on the Love staff website now--and they link to my blog!)

I actually had an interesting chat yesterday with KQ morning show and voiceover legend Tom Barnard. He shared a story about his childhood religion, and we both agreed about the importance of spiritual freedom. He was familiar with Eckankar, and we also talked about one of my other favorite topics, women in the Mideast.

Dave sometimes teases me about how blasé I am about famous folks I meet like Barry Manilow and Donny Osmond--but they're just people, you know? I try to treat everyone with respect and interest and find most people reciprocate. (Though being in radio and voiceover myself, I wouldn't mind having the kind of success Tom has had!)

The parent company of Love 105 is Citadel Broadcasting Corporation, who also KQRS-FM and KXXR, among some 200 stations total, and also owns and operates ABC Radio Networks.

There is also some control by Walt Disney Co. or its shareholders, but I'm not yet clear on that. Folks tell me they used to get some passes from Disney and don't any longer. What I do know is the relevant FCC File Number of the transfer of control application from Walt Disney Co. to its shareholders for the stations in the Employment Unit is BTCH-20060228ABM, and if you can figure that out, let me know!

Are you already listening to classical music, but didn't know it?

Why do I think classical music is a vibrant and important format? Well, if you're not an aficionado, you might not realize how much classical music you ALREADY listen to!


Classical music has been used hundreds of time in popular movies. Check out these amazing lists of classical music in movies (here's another). But even if you never to the movies, there are over five dozen popular songs that copy from classical music. Some examples:

2. (1972) Pictures at an Exhibition by Emerson, Lake and Palmer - entire album based on the work by Modest Mussorgsky, with two original pieces ("The Sage" and "The Curse of Baba Yaga"), and a live cover of Nut Rocker" featuring Clavinet

3. (1963) "Hello Mudduh, Hello Fadduh! (A Letter From Camp)" by Allan Sherman - based on Ponchielli's "Dance of the Hours" from La Gioconda.

5. (1983) "This Night" by Billy Joel - uses Beethoven's Pathetique Sonata as the basis for the chorus

7. (1999) "Love of My Life" by Dave Matthews and Carlos Santana on the Supernatural album. Main theme is a nearly literal quotation of a theme in the 3rd symphony of Johannes Brahms, with some rhythmic changes.

9. (1945) "Till the End of Time," words by Buddy Kaye and Ted Mossman, popularized by, among others, Perry Como - based on Frédéric Chopin's "Polonaise In A Flat"

14. (1976) Eric Carmen's "Never Gonna Fall In Love Again" is based on the third movement of Rachmaninoff's Symphony No. 2.

15. (1958) "Catch a Falling Star" by Lee Pockriss and Paul Vance - based on a theme from Brahms' Academic Festival Overture

Top 100 most popular pieces of classical music in contemporary culture

The rating is done by KickAssClassical.com based on music made famous in movies, commercials, cartoons, songs, video games and ringtones. Here's the top 10 list, and belove that is a musical countdown of the entire list.

Classical music in commercials and other places

The Most Popular Classical TV Themes in the Universe

Ever wonder which television program or commercial made which piece of music popular? This album has most of them: Did you know that the Disney Cruises commercial used Monty Python's Flying Circus Theme, which is Aquarium from Carnival of the Animals? Or that Looney Toons used the Flying Dutchman Overture?

To keep abreast of news and interesting links on Classical Music, visit or subscribe to @Classical_Music on Twitter. Want an RSS feed of just Classical Music posts? Here you go!
1 comment:

Love is an all-the-time thing

A cute moment from long ago with Kermit the frog, who learns love is an all-the-time thing, and a big mammal helps a bird family (and a couple of cute pics at the end!): 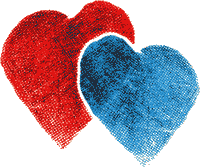 In the first video below, Jim Henson, who "operates" Kermit seems to be trying not to chuckle as this little girl teases him. (Nowadays, cookie monster says "cookies are a sometime food"--you'll understand why I mention this after viewing the video.)

Kermit has to take the lead several times in getting her through the alphabet song, but the little girl calls him back and makes up for it at the end. (I love how they added an icon every time the little girl breaks out of the song for her personal favorite):

but love is an all-the-time thing:

in dozens of languages.

(This was shortened from the longer StarsClips video) 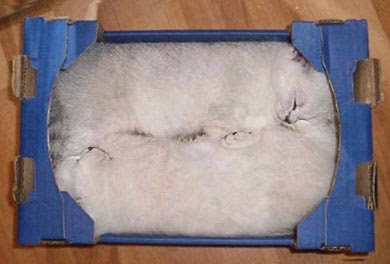 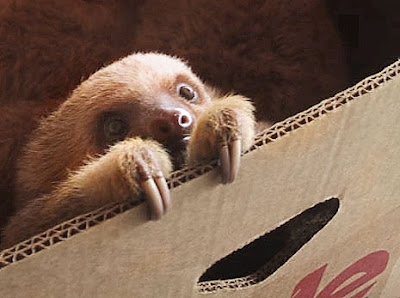 Note to pet owners: DO consider the pesticides that exist in many fruit boxes, especially those of bananas. Cleaning or lining before leaving out or re-using is wise. 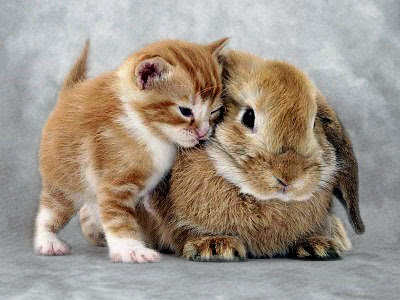 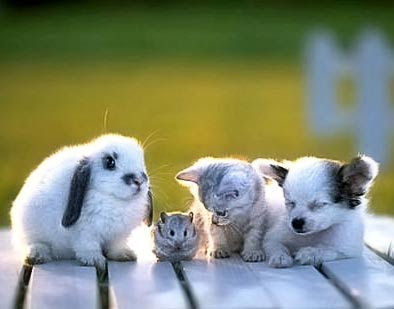 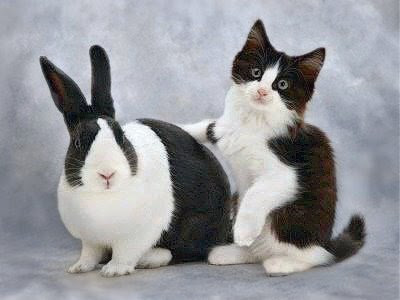 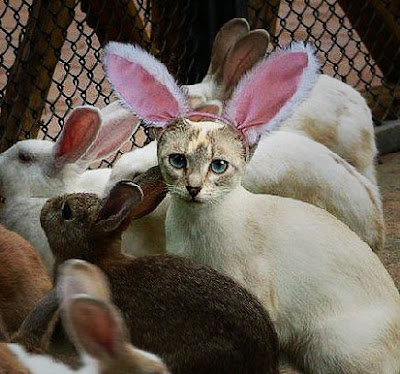 What the Google?!? Easy and cool ways to find stuff on Google.

Okay guys, this is essential (and simple) knowledge that will improve your life. I even found you a video so you don't have to read--so pay attention!

Matt Cutts from Google gives a bunch of very useful, simple tips for searching on Google (and a few cool advanced tips). Finding price ranges and only searching one kind of sites are particularly cool to know!

Most people I know don't even know all the basic tips, so I thought I'd put this up "as a public service."

Don't you wish you had a cool teacher who gave you a list of writing rules like this when you were in school? Another variation on my recent how not to communicate theme.

Here are the top ten rules for writers from the 34-rule list by Dr. Gregory S. Jay, Professor, Department of English, University of Wisconsin Milwaukee: 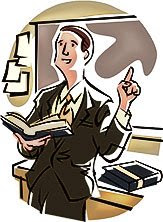 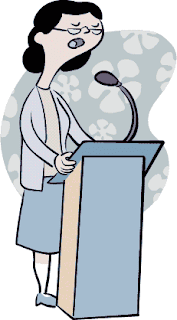 Watch this video to the end for one of his most amazing moves. The "So you think you can Dance" judges were very impressed. Robert improvises a sweet acceptance performance at the very end. For more amazing dance, don't miss these gravity defying highlights from all eras and styles.

We thought we’d get married for a few laughs—look at us now! 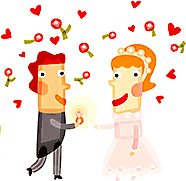 For our Wedding anniversary night Dave is competing against me in the Twin Cities Funniest Person contest! (We're both performing in the same show.)

You must let us know if you'd like a free ticket to the show (normally $15+ fees) to see us this Thursday (June 12) in downtown Minneapolis at 8 PM. It's at Minneapolis biggest comedy club: Acme Comedy Co. (Click the big blue button in the left column to call or email me.) 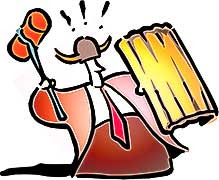 Ordering tickets online costs about $17 so this is a great deal, and you get to see professional woman comic Tig Notaro (she's great!) Check out videos of her here.

We'll be judged partly on audience response, so we need some good, strong laughers to help us out!

First folks to email me back with how many tickets they want definitely get in for free!


Also on the bill is professional female comic Tig Notaro, who I think is AWESOME! Click for Directions. Come and laugh your tail off at me, Dave, and Tig.

Communication: How Not To Do It

Communication: The over, the under, the unexpected and the uncertain, oh my!

This is near where we live: 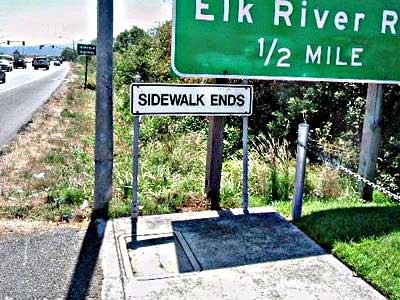 The Bureau of Communication website is a hoot--worth a visit: They offer detailed forms you can fill out to apologize, complain, give feedback, etc.

"Whether you need to communicate a problem, send an invitation to an event, or simply apologize for a transgression, our easy-to-use forms will ensure that your message is clearly conveyed." 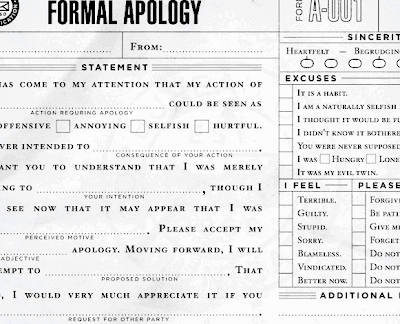 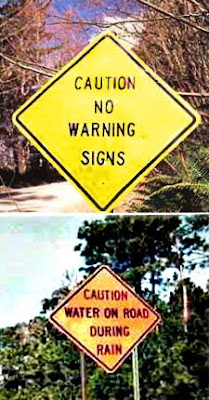 This is where my father-in-law lives: 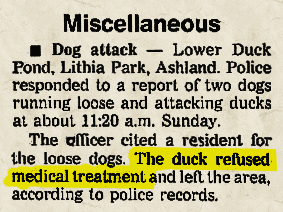 Where to go, and what to say 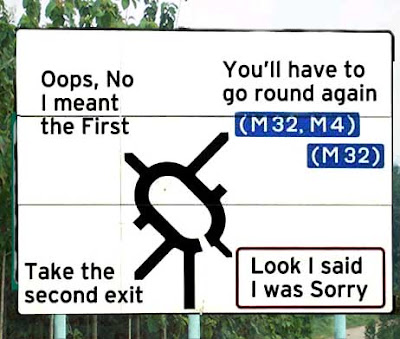 Do yourself a flavor -

learn the impotence of proofreading: 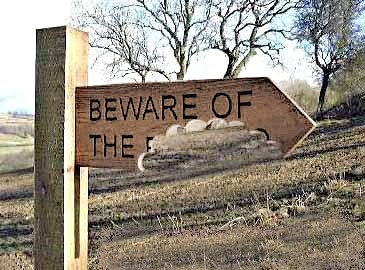 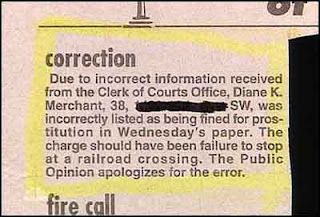 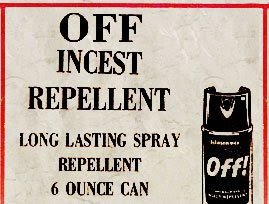 Grady, is that you? 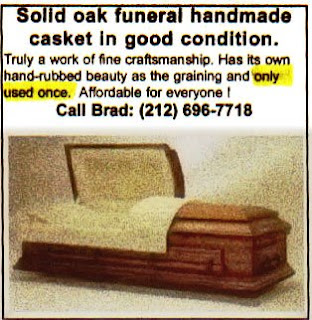 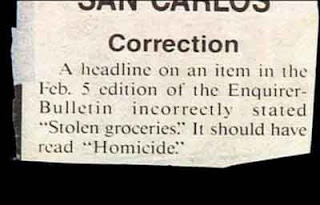 And by "play" they mean: 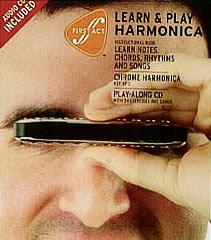 Glad they cleared that up 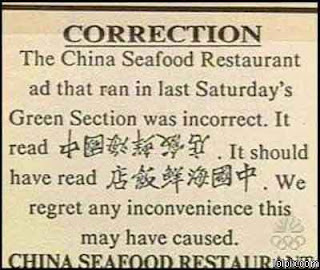 Email ThisBlogThis!Share to TwitterShare to FacebookShare to Pinterest
Labels: Funny, Language and Writing, Pics and Video 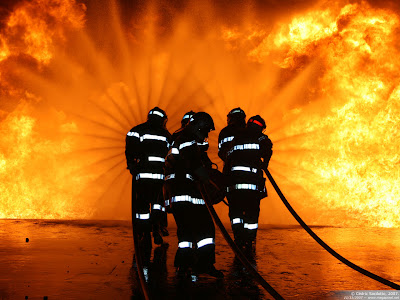